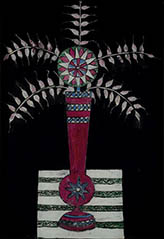 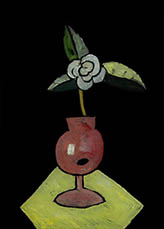 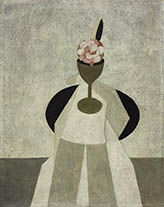 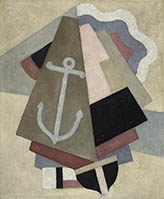 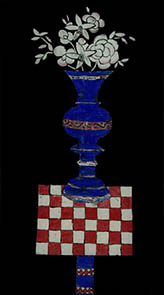 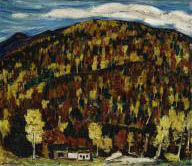 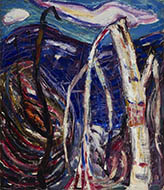 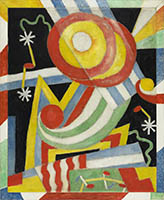 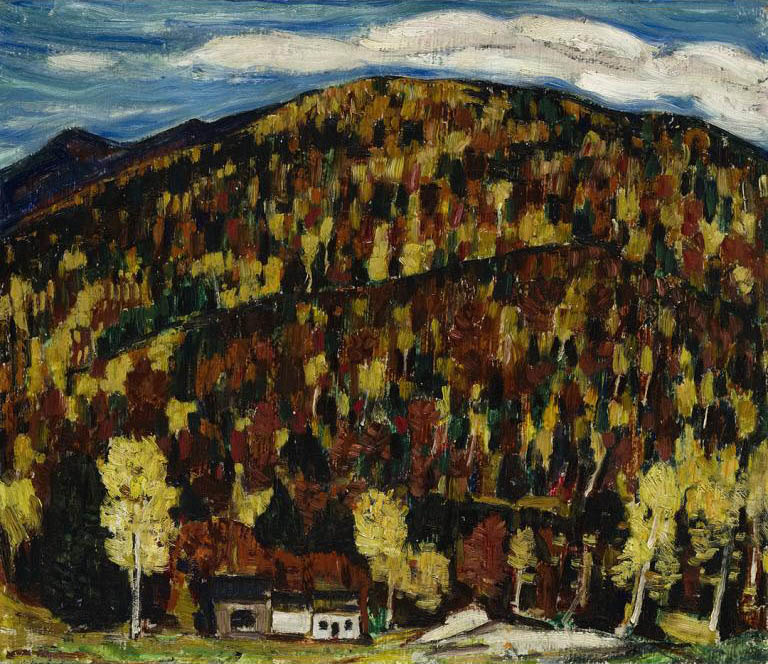 Hartley’s Maine Landscape, Autumn, No. 13 very likely belongs to a group of fifteen paintings titled Songs of Autumn the artist included in his first solo exhibition at Stieglitz’s 291 gallery in 1909. Like the other works in this series, Maine Landscape is painted using warm fall colors and short, stitch-like brush strokes in a Post-Impressionist style influenced by Italian painter Giovanni Segantini. Mountains were a major theme in Hartley’s art, symbolizing power and potential destructiveness. He could also identify with their “profound loneliness.”

After visiting artist Albert Pinkham Ryder the same year, Hartley began his “dark landscapes,” which he painted “solely from memory and imagination… as close to Ryder as possible.” Hartley’s reference to Ryder is apparent in the mystical atmosphere of the untitled study on the back side of Maine Landscape, as well as in the subtle variations of dark color and Expressionist loose brushwork accentuating forms. These influences mark a major stylistic break from Hartley’s previous Post-Impressionist style, both of which the viewer can experience on one and the same artist board. Hartley probably painted on both sides of the paperboard because he had financial difficulties and needed to be resourceful with his art supplies: paperboard was cheaper than canvas and could be used without preparation, allowing for spontaneous painting directly on the support. The exhibition label attached directly to the landscape on the back side documents that Maine Landscape was exhibited at the Museum of Modern Art’s major Hartley exhibition in 1944. Hartley could probably only afford very basic framing without backing.