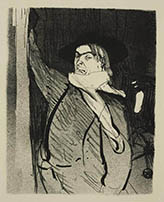 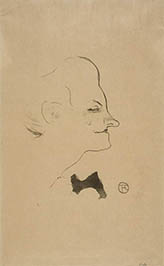 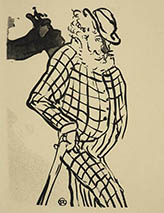 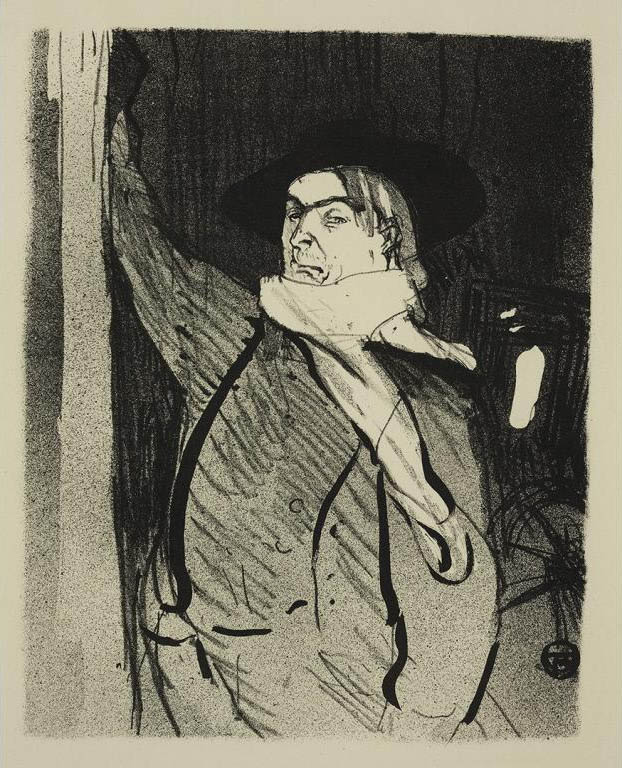 
Henri de Toulouse-Lautrec’s paintings, lithographs, and advertisements depicting the demi-monde of early twentieth-century Paris have become iconic. With his signature style and wit, he captured the many nuances, both light and dark, of the bohemian world of the Montmartre district.

Aristide Bruant was a singer and comedian who cultivated an irreverent working-class persona and entertained by humorously insulting his audience, particularly the upper-crust who came “slumming” to Montmartre. He performed in the nightclub Le Chat Noir, which Lautrec also frequented, and they soon became friends. When Bruant was asked to perform at les Ambassadeurs on the Champs Élysée, he commissioned Lautrec to create posters promoting his act. Lautrec created a bold Art Nouveau image of Bruant, in his wide-brimmed hat and dramatic red scarf, and used it on several posters promoting his friend’s performances. The works were plastered all over Paris, and helped popularize not only Bruant, but the poster-artist Toulouse-Lautrec, as well.

Stieglitz admired Lautrec’s sense of humor, and exhibited 30 of his lithographs in 1909. It was the first exhibition of Lautrec’s work in the US. The three lithographs presented here were commissioned for the 1893 print portfolio Le Café Concert and were exhibited in Stieglitz’s 291 gallery in 1910.